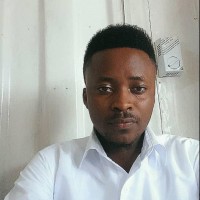 Francis Brownson is a "blogger” and i pretty much love what i do. I hold a degree in Accounting but truth is i still love Accounting in as much as i like writing now.. I'm just a simple and honest guy who is on a quest for greatness...

Video: Unhappy Wiyaala Sends Strong Warning To Zion Felix Over His Article On The Singer Arresting A Man In Child Marriage Attempt

Noella Wiyaala was born on December 22, 1986, and she is Ghanaian Afro-pop singer-songwriter who sings in her native language...

Photos: Meet Audrey Appiah, The Beautiful Daughter Of Coach Kwesi Appiah Who Is Driving The Men Crazy With Her Curves

You would recall that we reported on the beautiful daughter of ex – Black Stars Coach, James Kwesi Appiah turning...

Derek Owusu Boateng is a retired Ghanaian professional footballer who played as a defensive midfielder. Born in Ghana, Boateng went...

Video: Diminutive Singer Grand P Hits The Gym With His Curvaceous Wife Eudoxie Yao As They Chop Love In The Process

Recall that we reported on Eudoxie Yao, the curvaceous slay queen who was as of late in the news after...

Screenshot: NPP Should Forget December Elections, The Opposition Parties Are Taking Over And It Has Started With Seychelles – Says Ibrah One

The troublesome Ibrah One has once again taken to his social media page to continue with his prophecies regarding the...

Video: “Buhari Is A Bad Boy” – Angry Nigerians In Scotland Chant As They Also Protest Against The Killings Of Their People

Recall that we reported on Nigerian actress, Genevieve Nnaji, has lashing out at President Buhari on Twitter over his comments...

Gregory Bortey Newman, popularly known in the social media circles as King Promise has for the first time taken to...

#Election2020: Judge Me By My Performance – President Akufo-Addo Says As Cuts Sod For A New 400-Bed Regional Hospital For Tema

President Nana Akufo-Addo is currently calling on Ghanaians to judge him by his performance in the last 4 years in...

President Nana Akufo-Addo has already commenced his 4 day tour of the Greater Accra region with a strong prayer to...

His Excellency, President Nana Akufo-Addo has once again appealed to Ghanaians to have confidence in him and vote massively for...

Video: “I Would Be President In Style” – Kennedy Agyapong Says As He Makes A List The Flamboyant Lifestyle He Would Live If He Becomes President

Member of Parliament for Assin Central, Kennedy Akompreko Agyapong, has finally spoken about his ambition of becoming the president of...

Clem Ohameze is a Nigerian actor with two decades in acting. Clem Ohameze started professional acting in 1995. But his...

Video: Ghanaian Millionaire Kwesi Dadzie A.K.A “Val” Shows Off His Fleet Of Luxury Cars After Marrying Young Portia Brenya In An Extravagant Ceremony

You would recall that we reported on a  Ghanaian millionaire identified as Mr. Kwesi Dadzie and popularly called “VAL” tying...

Recall that we reported on Ghanaian actor and stand up comedian Clemento Suarez getting married to his long time girlfriend...