Businessman and General Manager of Cubana Group has alleged that most BBNaija contestants are liars.

According to him, many of them keep announcing how their fans bought them shops and cars but its all cheap liars.

He says he has 1.4 million organic followers on Instagram yet no fan has ever bought him anything and that is enough prove that BBNaija stars are liars.

Maybe Cubana’s followers are not the giving type and that might have delayed getting a gift from a fan. 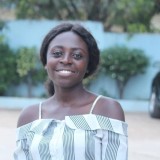