Manuel Junior Agogo was born on 1 August 1979 in Ghana but spent most his childhood in the United Kingdom. Agogo came back to Ghana during his years in secondary school. He was a Ghanaian professional footballer who played as a striker.

He began his youth career at Sheffield Wednesday in 1995, moving up to the senior squad in 1997. He played for fifteen different clubs over the next fifteen years, before retiring from professional football in 2012. He spent most of his playing career in England, with additional spells in the USA, Egypt Cyprus and Scotland.

In 2008 he scored a heroic goal for the Ghana Black stars of Ghana in a match against the Super Eagles of Nigeria which made him very popular with majority of Ghanaian women singing praises to him after Ghana emerged winners after the match.

The year 2015, he suffered stroke which bedridden him and he sought medical care in England.

Newsletter Signup
In this article:
Up Next: 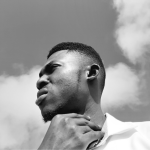